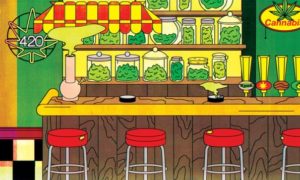 With recreational marijuana legal in 10 US states and Canada, tens of millions of adults can go to a store and buy a joint. But outside their homes, there are few places where those customers can legally smoke it.

Clouds of pot smoke float around North America’s biggest cities, but for the most part it’s not allowed in public spaces, and there hasn’t been a profusion of Amsterdam-style coffee shops or other businesses where someone can consume a legal drug.

But that could be changing.

Samantha Montanaro, a cannabis entrepreneur and activist who’s pushing for social use in Oregon, calls for “freedom to choose what you want to consume”. She acknowledged cannabis lounges were a “tough business” since they appeal to backpacking tourists with little spare cash as well as lower-income people who live in federally subsidized housing where marijuana isn’t allowed. If customers can’t buy cannabis, they’re likely to bring their own and hang out all day.

Montanaro sees more of a business opportunity in hosting private consumption tastings and dinners. “Cannabis goes with everything so pairing it with already thriving markets is a good way to go,” she said.

Lisa Snyder, who cofounded Tokeativity, a cannabis community for women with Montanaro, said the “new normal will be events where there’s no alcohol and everyone is really excited about that”.

To read more about the future of indoor cannabis consumption head over to The Guardian’s website.