WATCH THIS CLASS NOW!
This class is FREE for ALL MEMBERS!
Sign up for a membership or login now to watch

The purpose of this course is to discuss the widely accepted vernacular, Indica and Sativa, and uncover the scientific truth behind these terms. With the foundational knowledge of Cannabis botany, morphology and taxonomy, students must learn what the terms Indica and Sativa actually refer to. This will require many to question definitions of Indica and Sativa that are so popularly adopted and widely used. 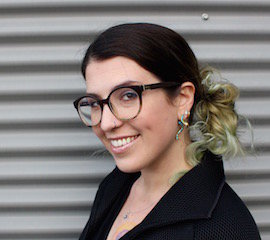 Emma Chasen has a mission to educate people on the science behind Cannabis so that they may take charge of their own healing. After graduating from Brown University in 2014 with a degree in Medicinal Plant Research, Emma went on to coordinate Clinical Oncology trials with the Brown University Oncology Research Group. When her supervisor refused a Cannabis trial in favor of another expensive pharmaceutical drug, Emma quit and headed across the country to Portland, OR. She found her way to Farma, the popular Portland dispensary that takes a more scientific approach to Cannabis; rejecting the Indica/Sativa binary and instead focusing on chemotypes to determine effect.

She began her career at Farma as a budtender and was quickly promoted to General Manager after only a few months. She oversaw the operations of the shop and continued to uphold the pillars of esteemed customer service and cannabis science education during the rocky regulatory transition from OHA to OLCC governance. After over a year as Farma’s General Manager she stepped down and carved out a role for herself as Director of Education. In this role she was able to focus on educational efforts and create a robust training curriculum that focused on cannabis science, product knowledge and empathetic patient care.

After over two years with Farma, Emma left to join forces with Sativa Science Club to expand her curriculum into a certification program for the cannabis community at large. She launched the Core Science Certification program both online and in the community in Portland in the fall of 2017 with Sativa Science Club. Emma is now a cannabis industry consultant and helps brands develop educational marketing collateral and educational programs to further elevate their brand presence in a competitive industry. She also helps struggling cannabis businesses with business organization and sets them up for success in the competitive adult use market. Emma continues to seek ways to spread cannabis education through consulting, writing, speaking and teaching.

Emma Chasen was recently named Portland’s Best Budtender of 2016 and featured in Newsweek, MG Magazine, Stoner Magazine, High Times Magazine, The Oregon Leaf and Teen Vogue for her work with Cannabis and patients. She is also a regular guest on many cannabis focused podcasts and has been featured on television for her ability to explain scientific concepts around cannabis in a way that is accessible and helpful to the general public. Her mission is to educate people on the science behind Cannabis so that they may take charge of their own healing as well as to address the need for training and education of budtenders, medical professionals, and the general public.