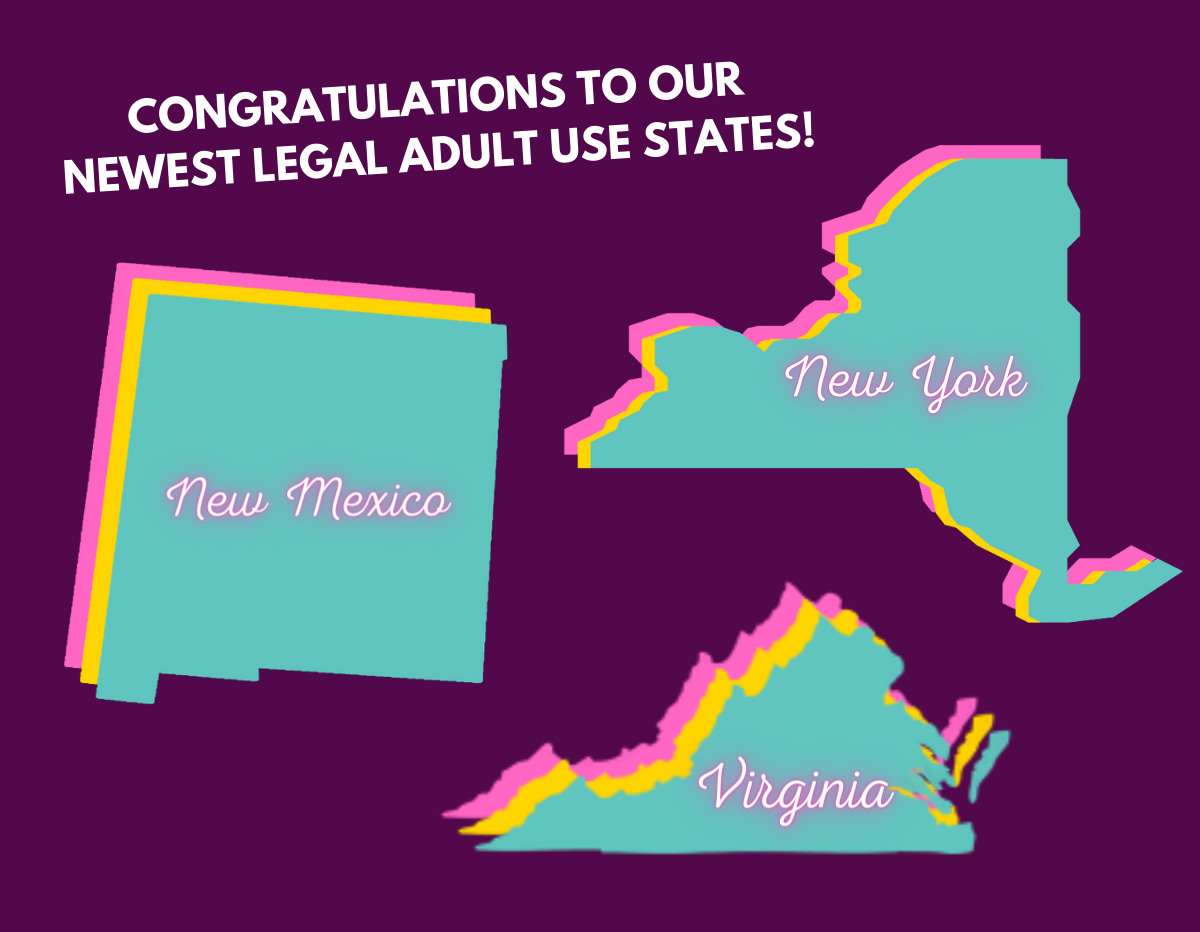 This week, we are celebrating the huge victories in New York, New Mexico and Virginia, as they become the next 3 states to legalize adult use cannabis!

More than 40 percent of Americans now live in states — 18 in total — that have embraced full legalization. Roughly two-thirds of Americans back legal weed, according to polls.

The state made history as the first in the Old South to approve a recreational legalization bill in February. But it also sparked sharp criticism from both legalization supporters and opponents by delaying implementation until 2024.

After years of near-misses, New York legalized adult-use cannabis last week. Gov. Andrew Cuomo signed the “Marijuana Regulation and Taxation Act” into law just hours after it cleared the Legislature. New Yorkers aged 21 and older can now legally possess and consume cannabis, but dispensaries are not expected to open until at least 2022 under the new regulatory structure.

New Mexico required a special session to get marijuana legalization legislation over the finish line after three years of trying, but both legislative chambers ultimately passed a bill last Wednesday. Debate over scrapping old marijuana-related convictions and caps on plant counts dominated discussions, and Republicans dug in their heels at the end of the regular legislative session — ultimately leading Gov. Michelle Lujan Grisham to call the special session to address weed.

If you are in these states and are curious about how to get into the cannabis industry, join us at one of our upcoming Tokeativity events, and make sure you attend SPEED NETWORKING and the BUSINESS HOUR!