PORTLAND, Ore. (KOIN) — When Oregonians legalized marijuana in 2014, it came with a built-in timeframe for the legislature to get a handle on the entire issue. It wasn’t until July 1, 2015 that pot was actually OK to smoke and legally sell.

But the places it can be smoked are pretty limited: your own home, unless you live in a no-smoking apartment building. That’s about it.

“When we legalized cannabis in 2014, we only really legalized it for people who can afford to own their own homes. It may be time to re-examine how this law was written.”

A group called The New Revenue Coalition is behind an effort to have the Oregon legislature change the rules so people can have public places to light up, including cafes. 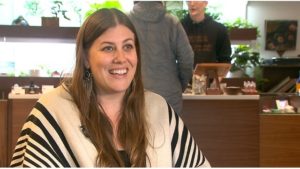 Samantha Montanaro, who is part of the New Revenue Coalition and a co-founder of a global cannabis community for women called Tokeativity, told KOIN 6 News they’re working to craft a bill — the Common Consumption Bill —  to license and regulate places for adults to consume cannabis legally.

“Social consumption of cannabis and creating a system for regulating it is really important,” she said.

“Right now it’s only legal to consume in private spaces and that really narrows someone’s options for where they can legally consume cannabis. We’ve licensed and regulated this plant for adults to consume but we’re not giving anywhere for people to go.”

Read the entire article over at KOIN 6 News.